A closed mouth gathers no foot. - My Dad

Sarcasm is the lowest form of wit. - My Mom

I’ll lift you and you lift me and we'll both ascend together. - John Greenleaf Whittier

If you ever get lonely you just go to the record store and visit your friends. - Penny Lane

And the day came when the risk to remain tight in a bud became more painful than the risk it took to blossom. – Anais Nin

This is my simple religion. There is no need for temples; no need for complicated philosophy. Our own brain, our own heart is our temple; the philosophy is kindness. - Dalai Lama

When the student is ready, the master appears. - Buddhist Proverb

Whatever you look for in others tends to rise to the surface. - Unknown

If you’re smilin with the cosmos the motherfuckin cosmos is smiling back at ya. - Chris Robinson

Apple offers financing.  Yes they do.  Say it again with me.  APPLE OFFERS FINANCING.  As far as I'm concerned, never before have 3 more beloved or potentially dangerous words been spoken (or written I guess) since "let's do shots."

A couple of months ago, sweat leaked into my iPod when I had it stuck in my workout bra while I was mowing the yard.  I know, that's nasty, but I can't help it.  My life revolves around music.  I barely make a move without consulting either Led Zeppelin, Pearl Jam, or The Black Crowes.  His name was Clint (the iPod) and after he got wet he started a slow but steady decline that would leave me nervous, almost frantic, knowing that it was just a matter of time before he took a shit on me and I would have to break down and buy a new one, and let me tell you, them bitches ain't cheap.  $249 for a 160 GB iPod, which is what this girl needs since I have 12,000 + songs in my iTunes library.  I do not mess around with my glorious music.

Well, there I was, in a panic on the Apple website, trying to figure out how I was gonna get a new iPod, when all of a sudden I see the most amazing words a stressed out broke bitch could see...FINANCING AVAILABLE.  What?  For real?  I was so excited I have to say that the next few seconds were spent in a haze as my mind processed just how much damage I could do with a shitload of Apple crack, I mean credit.  So what did I do?  I went for it!  I filled out the form and 10 seconds after I hit submit this lucky bitch had a $1,500 credit card that could be used right away on the Apple site!  Woo hoo!  That's right!  6 months no interest! Needless to say I was ecstatic.  ECSTATIC.  Stevie Wonder could see how ecstatic I was.

Anyway, I then proceeded to buy my classic 160 GB iPod, the new 16 GB iPod Nano, and the iPhone 5 - all for $666.69.  That's a damn good number if I may say so myself.  In the past week I have received all my merchandise except for the iPhone.  It should be here in a couple of weeks.  And let me tell you, I could not be happier.

I know in my heart that if I had to succumb to either blindness or deafness, being deaf would break me.  I have no interest in being on this earth if I can't hear Dave Brubek or Elton John, or Piper and Daisy when they purr, or the sound of my family and friends when they laugh and tell me they love me.  Not seeing them would be devastating, but I could visualize.  Not hearing them would mean death for me.

So, I was thinking about writing a book about my life and how insanely funny and entertaining it is.  I was gonna call it "Who Wants to Talk About Poop", since I believe that pooping is the most hysterical shit (get it - shit) ever and it's usually only a matter of minutes before it comes into play in most of my conversations with friends.


Who knew taking a dump would be such a taboo topic in life?  I just don't see what the big deal is.  Why is having a discussion about someone's defecating habits considered rude or inappropriate? 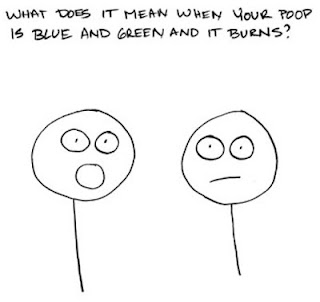 I mean, it's just like everything else in life.  If you don't talk about it, how do you know if what you're doing is normal or healthy? When meeting new people, I honestly can't think of a better ice breaker than talking about feces.

One of my BFF's who shall remain nameless (Shannon) and I have the best conversations about droppin mud.  I swear sometimes we are one click away from taking pics and sending them to each other.  If people only knew the extent of what we do and say just to make each other crack up.  I have practically pissed myself on many occasions just imagining the visuals alone - "dude, I just took the most epic shit ever and had to wipe 10 times, all in the single occupant bathroom in the lobby of my doctor's office."  I love it.  Her husband thinks we are wretched and I am more than happy to reinforce that opinion.

Anyway, the book...I'm working on it.  Each chapter will be a story about my 40 years of waste production.  I'M KIDDING.  Sorta.  It will be about some of the more absurd but totally hilarious (usually alcohol induced) events that have occurred over the past 20 years of my life...and hold on kids.  There are some doozies!!

Speaking of doozies...courtesy flushing should be mandatory.  Women are disgusting and most of them eat dead possums for lunch then eventually release them back into the wild. But not me, because... 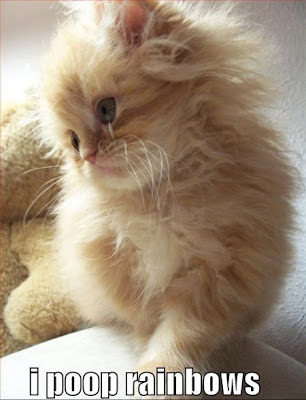 HAVE A LOVELY WEEKEND!

Have A Daisy Day
Laid back girl from Orlando channeling peace, love and humor for all.